Christmas cannot be fully marked and celebrated without movies, and for this year 2021. We thought of spicing our Christmas plans with our 21 Upcoming 2021 Movies carefully selected for you away from the regular. We did not just think of a list of movies but an intriguing interwoven yet uniquely amazing movie genres, to service all kinds of persons that look forward to a memorable 21 days Christmas.

A Christmas Dance Reunion is a 2021 screenplay about Lucy Mortimer, a successful attorney who comes home with her mum to – the Winterleigh Resort – which is on the brink of closing down for good, that has been their Christmas getaway for so long, and memories have been kept fresh. But coincidentally, Lucy gets reunited with her childhood Christmas dance partner Barrett Brewster and the pair brought magic to the resort, saving its ruin and unexpectedly sparking fire and passion between them. A must see for you and your significant other this Christmas.

“His aim is unrivaled”

Last Shoot Out is a Western Action thriller, for those of whom could use a little bit of excitement and live away from the conventional this Christmas season. The plot throws light on a newlywed who realizes that her husband had her father shot down, she panics and flees from the Callahan ranch but gets rescued by a gunman who keeps her safe at a remote location and staves off her husband’s every attempt to get his bride back.

In a sisterly Christmas two Sisters in the character of Kristina (Deborah Joy Winans) and Vicky (Lisa Michelle Cornelius) had their Christmas come early though separately marked by a present from their Aunt Debbie (Marium Carvell (a luxurious vacation at an exclusive resort), who hopes to unite them after they’ had grown apart since their mother’s death. The sisters do not seem to like the idea of spending time together: Vicky loves Christmas, whereas Kristina no longer enjoys the holiday without their mom. With strong convincing from Aunt Debbie, the sisters reluctantly accepts her gift. Once they arrive at the resort, Kristina and Vicky run into Reginé (Kyana Teresa), a famous singer and their childhood best friend who left them behind when fame came calling, the story sees a different light from then on.

Though, this came through much earlier On December 4th, NWA Hard Times 2 live on FITE! The event in this strength buster features a special in-ring tribute to Jazz, special appearance of the Hardcore Legend Mick Foley and ROH World Tag Team Championship Match where OGK take on Aron Stevens and Kratos

Documentary: Amin arrived as an unaccompanied minor in Denmark from Afghanistan. Today, at 36, he is a successful academic and is getting married to his long-time boyfriend. A secret he has been hiding for over 20 years threatens to ruin the life he has built for himself. For the first time he is sharing his story with his close friend.

The live special event features reenactments of episodes from “The Facts of Life” and “Diff’rent Strokes” is a movie you would like to watch ifyou love happily ever afters.

The War On Drugs (2021) performed at the Ukrainian Cultural Center in Los Angeles, in support of their long-awaited and widely praised fifth studio album, “I Don’t Live Here Anymore” is a must watch.

What is your wish for this Christmas, because for Sawyer who has been Perpetually single its a man – she makes a fake wedding registry, hoping a shopping spree with a scan gun will be the ultimate retail therapy. But when the registry is discovered and the whole town throws her a surprise bridal shower, she’s too embarrassed to tell the truth.

Comedy, TV Movie, Romance – are you a fan of all three? Kevin, a model train enthusiast reconnects with a former classmate Danielle who is home for the holidays with her young son and attempt to get their town’s old North Pole Express train line running.

“Time has stopped for this man….all that is left in his mind is..”

An animated short poem about an older traumatized man dealing with grief after a tragic and horrific loss occurred in his life, when last did you see something poetic – you should watch how this affects his outlook of the world.

The King’s Man (2021) ian action thriller, a typical collection of history’s worst tyrants and criminal masterminds gathered to plot a war to wipe out millions. Who will stop this unimaginable doom, one man must bewilling to race against time to stop them.

“Return to the source.”

For fans of Matrixes, here is what you have been yearning – Plagued by strange memories, Neo’s life takes on an unexpected turn when he finds himself back inside the Matrix.

“Life made him an underdog. Faith made him a champion.”

American Underdog tells the inspirational true story of Kurt Warner (Zachary Levi), who went from a stockboy at a grocery store to a two-time NFL MVP, Super Bowl champion, and Hall of Fame quarterback. The film centers on Warner’s unique story and years of challenges and setbacks that could have derailed his aspirations to become an NFL player – but just when his dreams seemed all but out of reach, it is only with the support of his wife, Brenda (Anna Paquin) and the encouragement of his family, coaches, and teammates that Warner perseveres and finds the strength to show the world the champion that he already is. American Underdog is an uplifting story that demonstrates that anything is possible when you have faith, family and determination.

In the late 17th century, when plague ravaged the land, Benedetta Carlini joins the convent in Pescia, Tuscany, as a toatal novice. Capable from an early age of performing miracles, Benedetta’s impact on life in the community is immediate and momentous, but how will that live on?

A woman’s seaside vacation takes a dark turn, one she never saw coming, when her obsession with a young mother forces her to confront secrets from her past.

Released on Dec 1st, 2021 is a TV Movie, Music, Drama, History and in one watch a theatrical event combining a Christmas special episode of The Chosen titled, “The Messengers,” and a night of music and Christmas celebration with some of CCM’s biggest names.

A domineering, magnetic rancher responds with mocking cruelty when his brother brings home a new wife and her son, until the unexpected comes to pass. Was released December 1st, 2021.

Released Dec 7th, 2021 – Maya and Her Lover is the mundane life of a 39 year old introvert who gets pulled out of her shell by a steamy but contentious affair with a much younger Man, something she never saw coming. What’s her fate, will it favour or Mar her?

UFC 269: Oliveira vs. Poirier is a continuation of its early prelims

“Where will your dreams take you?”

Buster and his new cast now have their sights set on debuting a new show at the Crystal Tower Theater in glamorous Redshore City. But with no connections, he and his singers must sneak into the Crystal Entertainment offices, run by the ruthless wolf mogul Jimmy Crystal, where the gang pitches the ridiculous idea of casting the lion rock legend Clay Calloway in their show. Buster must embark on a quest to find the now-isolated Clay and persuade him to return to the stage. 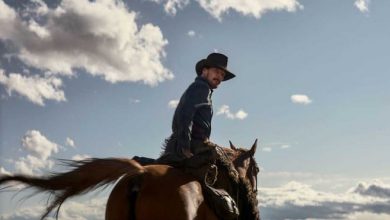