Anger is an attribute evident in everyone, but it is also variant with people. This inplies that everyone have different levels of anger and react things that may trigger it very differently. Kids are not excluded from getting angry, unlike the unfair idea that many adults especially in developing countries that kids do not have the right to be angry at something probably because at that age all their needs are actually and usually met by an adult, perhaps a parent or guardian. They tend to forget that kids are equally human too, and as humans they could be provoked to anger by other humans inspite the age difference.

However since kids are still very young and clueless, their anger level, frequency and duration should be a thing of concern to parents. This is because if they are allowed to grow up untamed or act in that moment of carelessness they might do something that may hurt themselves or others and of course create problems that may be both very expensive or linger a lifetime.

What are common symptoms of anger in kids

Being physically abusive: Some kids become bully when they get mad, they hit other kids or outrightly threaten them, these may result in getting into fights often.

Impatience: They are kids who wants everything at the instant they ask for it and when they get a delay and are asked to wait, they flare up, throw tantrums. This is a common symptom of anger in a kid, sometimes it extends inwardly, they often get mad at themselves.

Abuses and Cussing: Kids who opt to using abusive words on others the very second they are pissed off have anger issues and should be helped manage it.

Breaking things: This is common of some kids and sadly of adults too, they throw things away or at people they are offended at.

Easily passes blames: It is almost usual for our little ones to pass blame on the next person but this should reduce as they grow older but if they are always constantly doing so and getting upset at it without showing any form of responsibility then it needs to be checked. Adults sadly, fall in this category too.

Holding grudges for days: If your kid have the habit of going for days when being scolded without talking to others and keeping to themselves, it shows they didn’t take your scolds well and are unrepentant.

Everyone Gets Angry: Why is your kid’s different?

Yes, its true everyone gets angry but when can your kids anger call for concern or said to be abnormal an extreme? This can be said to be reached if he or she can particularly be described as being short tempered, or hotheaded always yelling and blows up over minor things and may as well hurt others when angry. Some experts say that some children are born with this condition, while others believe that they are learned habits from growing up in a home with people who have anger issues, and always violent.

How to help your kid Manage their Anger

1. Creating an humor filled environment: Children who are surrounded with fun activities have less chances of having anger issues, compared to kids who constantly watch fights, violence and all kinds of anger being in play around them both physically and virtually. A humor filled environment is necessary for a kids psychological development and helps them embrace stability.

3. Exercises: Your kids can handle a bad day better with engaging in exercises more often. Go for a walk/run, work out, or play a game. Lots of researches has shown that exercise is a great way to improve mood and decrease negative feelings through eliminiting toxic energy and releasing better tissues that relief high stress levels which may actually be may cause anger.

4. Music: Music has been attested by many to be a good distraction and places them in a beetr mood within minutes if they get angry. This could be a recipe your kid could adopt to manage their anger better.

5.Talking about their feelings: Teach your kids to take a moment to communicate how they feel especially when they are displeased with something, with older ones around or even with the offender after the moment passes just like they would when they are excited, lonely, sad and the likes other than just act as led by their anger.

6. To think before they speak: Thinking iss as important as speaking, and your kids aren’t too young to bridle their tongue by first processing it in their minds before actually airing it, this will help them to control their outburst. It is best that kids learn not to speak until they are wll calmed down.

7. Meditation: Encourage your kids to check their anger with some level of meditation, this require them to practice deep breathing each time they get very upset, and it works best if it is done regularly as habitual. 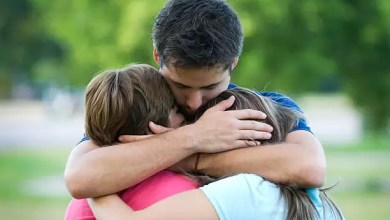 Fearful Parenting-Why You Should Avoid It 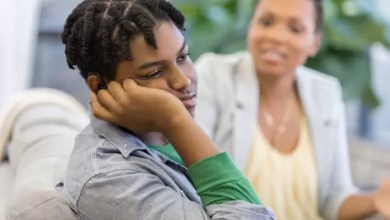