According to Oxford Dictionary ”Arts is the expression of human creative skill and imagination, in visual form such as sculpture. It produces works to be appreciated primarily for their beauty or emotional power. “The art of the Renaissance”. The definition of Arts can be hard to pin down. At its most basic level, art has two things: form and content. Form includes the principles and elements of design and art. It is also any material used in art’s creation. Content is less concrete. It includes the ideas and imagination of the artist. To understand content, you have to know the artist’s intended message.

The term art encompasses diverse media such as painting, drawing, sculpture, decorative arts, photography. The various visual arts exist within a continuum that ranges from purely aesthetic  purposes to purely utilitarian purposes. In cultures such as those in Africa, a definition of art that encompasses this continuum has existed for centuries. In the West, however, by the mid-18th century the development of academies for painting and sculpture established a sense that these media were “art” and therefore separate from more utilitarian media. This separation of art forms continued among art institutions until the late 20th creative art whose products are to be appreciated by sight, such as painting, sculpture, and film-making (as contrasted with literature and music).

These are art forms such as painting, sculpture, drawing, ceramics, video and Architecture. Many artistic disciplines such as performing arts, conceptual arts, and textile arts also involve aspects of visual arts. Current usage of the term “visual arts” includes fine arts as well as the applied or decorative arts and crafts. Visual arts are original pictorial, graphic, and sculptural works. They include two-dimensional and three-dimensional works of fine, graphic, and applied art. 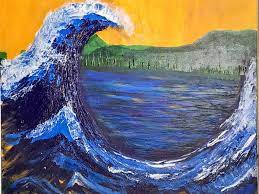 Sculpture is the branch of the visual arts that operates in three dimensions. It is one of the plastic arts. Durable sculptural processes originally used carving and modelling, in stone, metal, ceramics, wood and other materials. Since Modernism came, there has been an almost complete freedom of materials and process.

Sculpture has been central in religious devotion in many cultures, and until recent centuries large sculptures, too expensive for private individuals to create, were usually an expression of religion or politics. Those cultures whose sculptures have survived in quantities include the cultures of the ancient Mediterranean, India and China, as well as many in Central and South America and Africa. 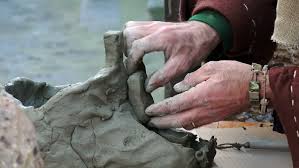 Sculpture in stone survives far better than works of art in perishable materials, and often represents the majority of the surviving works (other than pottery) from ancient cultures, though conversely traditions of sculpture in wood may have vanished almost entirely. However, most ancient sculpture was brightly painted, and this has been lost.

The Western tradition of sculpture began in ancient Greece, and Greece is widely seen as producing great masterpieces in the classical period. During the Middle Ages, Gothic sculpture represented the agonies and passions of the Christian faith. The revival of classical models in the Renaissance produced famous sculptures such as Michelangelo’s David. Modernist sculpture moved away from traditional processes and the emphasis on the depiction of the human body, with the making of constructed sculpture, and the presentation of found objects as finished art works. Durable sculptural processes originally used carving (the removal of material) and modelling (the addition of material, as clay), in Metal, Wood, Stone, Ceramics and other materials but, since Modernism, there has been an almost complete freedom of materials and process. A wide variety of materials may be worked by removal such as carving, assembled by welding or modelling, molded or cast.

SOME SCULPTURES AROUND THE WORLD

Here are some sculptures around the world 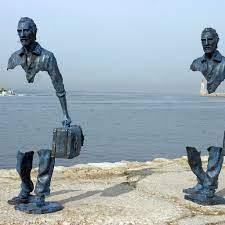 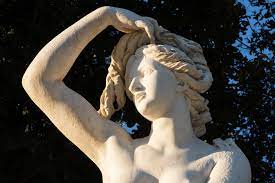 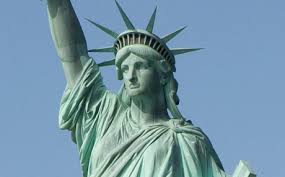 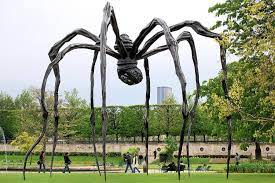 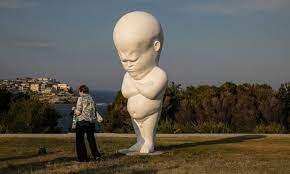 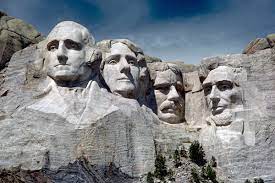 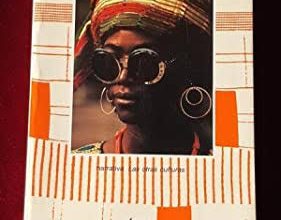 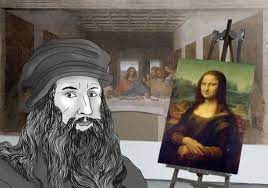 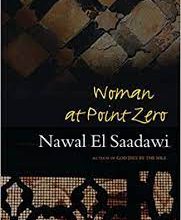 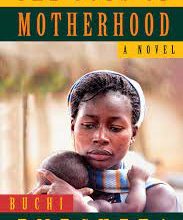