How To Bleed a Fish Flawlessly in Two Ways

By Kani EdetNovember 14, 2022
Facebook Twitter Pinterest Email
A halibut lays eviscerated and filleted on a fish cleaning station table under the knife of a fisherman's hands. Fish head and eye are in focus, low center frame, facing toward the camera, flat eviscerated body trailing away from the camera in a vertical composition. Fish blood appears on the table, hands and knife.

It is important that you properly bleed fish so you will have tastier fish among other reasons. There are several ways in which you can properly bleed a fish. You can make a slice from their throat to their tail or straight across the throat. This is done to make killing a fish the humane way. There is no real right or wrong way to properly bleed a fish as long as it is done. You should try several ways to find the one that works best for you.

Removing the blood from freshly caught fish can help remove some of the “fishy” flavors from the meat and make it taste better. You can bleed the fish right after you catch it so it stays fresh until you serve it. When you bleed the fish, start by severing the main artery behind its gills. If you want to remove even more blood, pressure-bleeding can help force more out from smaller veins. After you bleed the fish, be sure to store it properly until you’re ready to eat it!

Why You Should Bleed A Fish

It is important to bleed your fish because like any living thing when they are first caught they will struggle to be freed and this cause an increase blood and acid build up within. Bleeding your fish, drain them of the warm blood.

Also, bleeding your fish improves it taste, makes it more delicious, fresher and better. Good for sushi, as sushis are made from fresh fishes, it requires proper bleeding so there will be no bacteria build-up. It will also help in degradation of the fish’s fillets and there’s distinct taste between a well-bled fish fillet than one which isn’t.

Related:  How to Cook Spaghetti Squash Easily at Home

Also, a well-bled fish is rid of lactic acid buildup that occur mostly during reeling them. The longer the fight in the water to get the fish reeled in. Excess lactic acid accumulated in the fish’s blood or muscle can burn the flesh giving it a foggy, opaque look. A common case with large game fish since they do require more handling to reel.

What You Need To Bleed A Fish

Steps To Bleed A Fish

They are no particular methods that are considered ideal for fish bleeding, choose one you are most comfortable with and works very effectively for you.

1.Give the fish about 15minutes window to stop fighting much out of exhaustion. Then, lay the fish on a cutting board, if you do not have a cutting board handy use a hard flat surface that can easily be cleaned, lay it on its side and hold the fish in place. Feel the area directly behind the fish’s brain.

2. Next, cut that point in with a sharp kitchen knife, by pushing the knife through the fish’s skin while pressing it down. The fish may jerk in response to that sharp pain as soon as you cut into it, but will stop any moment. Push the knife completely through the fish to sever the nerves and remove it once the fish stops twitching.

3. Place your cut fish in a clean large bucket of cold water and allow for a few seconds to drain off blood, by rotating the fish in the water so the water can get better penetration to rinse off it veins, before removing it and place it in a clean cooler of ice or clean seawater.

How To Pressure Bleed A Fish

To properly bleed a fish further you can pressure bleed it, this will force out more blood from the smaller veins. To do this,

Related:  How To Make a Gluten Free Bacon

Cut off the fish’s head so you can access the main arteries, and place the fish on its side and hold it in place near the middle of its body. Place a knife directly behind the fish’s gills and cut from its belly up toward its spine. Flip over and make same cut on the other side so its head comes off, it will begin to bleed.

Locate the bloodline i.e the long black strip inside the fish along its spine, and scrape it out with your spoon.

Related:  All about Pizza

Make sure to control the water pressure else you may ruin the fish’s fillets, then continue pumping calculated pressure of water through the fish until you see it come out clear and clean, store the fish in a cool storage filled with clean ice so it stays cold and fresh until you eat it.

How To Tell if cheesecake is Done Baking

How To Make a Gluten Free Bacon 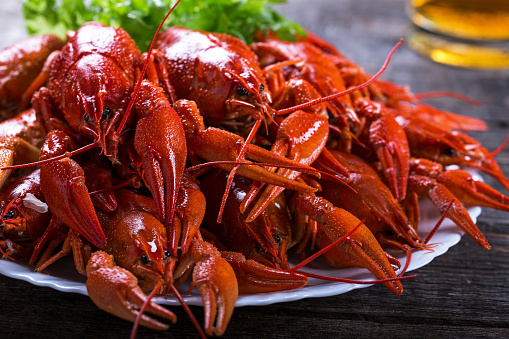 How To Purge Crawfish Effectively in 2 Ways 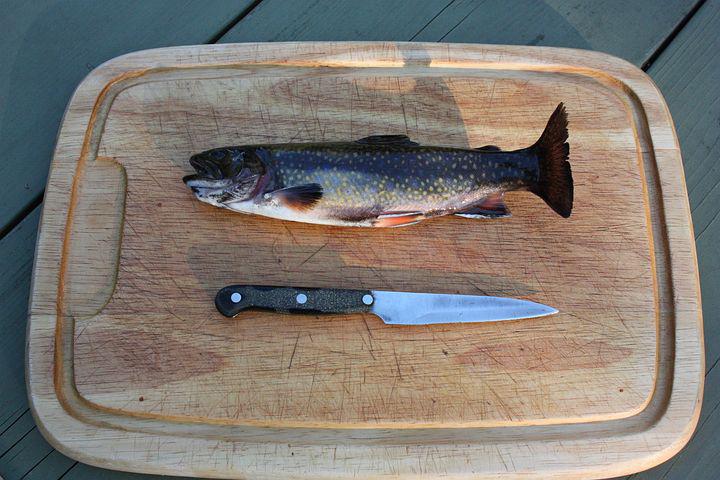 How To Clean A Trout Properly in Easy Ways

How to Make a Poke Fish Dish and Health Benefits