Do you like to dance? Be it as a hobby or professionally, and you would really like to spice up your talents and skills with something unique that will blow the mind of your audience and ultimately give you an edge over your peer dancers? Swing dance, is a great choice you should consider to try and further be willing to take lessons on.

Swing dancing, is ideally done with a dance partner. You do not have to worry about tagging a friend along as a partner for your dance lessons, once you get enrolled in a dance class, there are others like you, who can be your practice dance partner the whole time.

Swing dances are vibrant, and uses a lot of energy due to its quick paced steps. Swing dancing are rhythmically performed, in tune with the type of music, and allows for many spontaneous swinging, lifting, flipping and throwing of dance partners. Sounds like fun right? Yes, it is. Swing dances is an intriguing and very thrilling performance and watch due to the vivacious energy put in and displayed by the dancers almost effortlessly.

The origin of swing dance dates back to the 1920s in Harlem with jazz music, and was commonly referred to as “Lindy Hop or the Jitterbug.” promoted by Calloway’s music, who led a band that produced music that allowed the bouncy movements of the swing dance and happens to be the most widely known type of swing dance. The swing dances at the time, were combined with some African-American dance steps and the formal eight-count structure of European partner dances.

History has it that, swing dancing had began to develop with music types and styles such included jazz, hip-hop, blues, rock-n-roll, ragtime, R&B, funk, and pop. These music, enhanced the development of hundreds of new different styles of swing dances too and though many got extinct, some transcended through the 6-7 decades. Some of those that were passed into the present decade make up the modern type of swing dancing today.

Also, since music styles keep changing, so has the dance. Swing dance is currently performed across the U.S. with many musical genres such as jazz, rock and roll, bop, rhythm & blues, country, and disco, and of course enjoys a great audience of all ages and a a vibrant crowd as it fosters life skills such as love, trust, unity and peace.

1. The Lindy Hop or Jitterbug

The Lindy Hop probably for being present in the origin of Swing dancing is used as an umbrella term and referring to swing dancing. It remains the most popular types of swing dances even in the 21st century. Lindy hop uses six- and eight-count swing dance patterns. It is danced as a trio-dance, that means it’s convenient for a social dance, a performance dance, and a competitive dance. Lindy hop allows room for improvisation, which is a central part of social dancing and lots of performance and competition hallmarks.

In a West Coast Swing dance, it follows a slotted dance pattern in which the follower travels back and forth along a rectangle, or slot, this makes a little more rigid and uniform than the Lindy Hop.

The Collegiate Shag requires a partner for its full glory, it is a dance done primarily to uptempo swing and pre-swing jazz music in pairs and belongs to the swing family of American vernacular dances that have it roots in the 1920s and 30s.

This dance is usually performed with rock music or blues, it is generally warming and stirs high volumes of emotions

5. Balboa and The Charleston

The Balboa evolved from the Lindy Hop and Charleston and originated in Newport Beach’s Balboa Peninsula in Southern California. This dance has the most upright dance steps than other swing dances.

A dance performed ideally to beach music, allows for high expression of feelings and nature appreciation.

Seen often performed at clubs or tavern dance floors, a dance style influenced by the Foxtrot which emerged in the 1940s with Arthur Murray’s dance studio throughout the U.S. Other names for this dance are Triple Swing, and American Swing. The East Coast Swing uses six-count patterns and is a spot dance with moves in circular fashion and ending in a rock step.

Jive is a fast-paced variation of the Jitterbug. Jive is said to have first been performed by the American swing dancers who showcased the dance in Europe. Jive now happens to be part of the five dance styles and genres that form the International Latin dance style competitions. It is very similar to the East Coast Swing and is performed within a circular area by the dancers, involving lots of kicks, spins, and underarm turns.

Where to Learn Swing Dance

A good option to develop your swing dance lessons and skills is at Fred Astaire, they claim to love to teach swing dances as one of their favorites lessons. 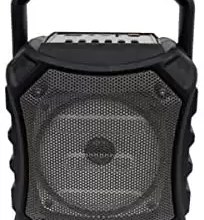 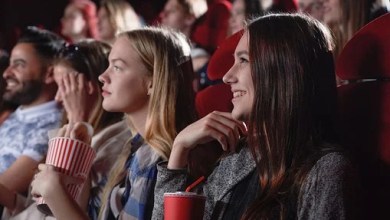