“I want to know his penis size” she snaps. Lately all around me, I have come across many ladies who broke out of a relationship before it had the ability to kick start. So yes, pretty one this is a subject you do not want to miss out on, and that I can bet on.

This is not because their supposed partner did something irritating or discouraging, or is he into bad habits of smoking or cheating. Neither, is he someone that is physically undesirable or lacking all the mouth watering qualities most ladies crave.

Far from it, it will interest you to know what triggered the relationship to be thrashed in no time and without looking back.

First, it is important to note. No human being both male and female created his or herself and hence it is wrong to judge a person’s capabilities because of their physical attributes especially one of which they cannot change.

Yet, we cannot help but admit a good number of ladies have tried finding ways to get under the pants of a guy before they accede to any form of intimate relationship, being particularly interested in his penis size.

To women like this, they feel the size of a man’s penis directly equals his performance and sexual prowess in bed. How true is this thought you may ask?
More reason, you should keep reading!

Ladies, there’s no need to get into his pants (or receive a naughty picture message) to learn how to find out the penis size of your new guy is.

Below is a list of scientifically proven ways, traditional ways, and more modern ways to discover this.

Believing that the “digit ratio” between those two fingers could predict adult penile size and length, and that the effects of prenatal testosterone may in part explain the differences in penile length. The study, published in the Asian Journal of Andrology, measured the penises — while flaccid but stretched out — of 144 men.

That’s not the end of the story, though. Penis size does matter to women, but it turns out that when women talk about penis size, it’s usually about the width, not the length.

“A very long, skinny penis is not as pleasurable as a shorter, fatter one for most women,” said Patti Britton, PhD, a sex coach and clinical sexologist in Los Angeles, Calif. “It’s really the thickness of a male’s penis that is the element allows her to feel what we in sexology called containment.

Now, do you think you still will, maybe have to unzip a little? 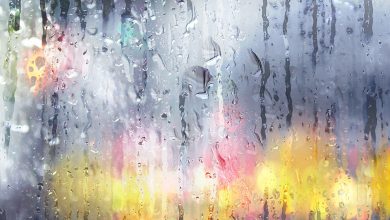 Weather for two, consequence for?