They are several kinds of traffic ticket in the state but for reasons than one, the California speeding tickets happen to be the most common of all. A speeding ticket mets out some level of disciplinary actions to defaulters who go against the accepted speed allowed while driving, that ensures safety on road usage. Statistics on record show that the California police departments write about 5 million tickets annually due to the number of defaulters, that ranks them higher than any other state with similar traffic tickets regulation.

So, why exactly such alarming figure, are the road users clearly unprofessional or are they rules unnecessarily strict or perhaps are the California police just very hard working, when on duty? Well, let’s find out a few reasons why California issues such high number of tickets. Some say it’s due to the following :

What is a Speeding Ticket in California?

California’s traffic laws are all part of the California Vehicle Code (CVC). The CVC contains many kinds of laws and regulations spanning well over 42,000 sections and 18 divisions.

There are two kinds of speeding laws in effect in California:

Cost of a speeding ticket in California

Based on research, according to NerdWallet’s 2020 rate study. The true cost of a speeding ticket in California could be more than 33 times the cost of the actual ticket — since defaulters could pay an additional $1,184 for a $35 ticket. That total cost includes the average $694 per year in additional insurance premiums, and up to $490 in fees to the state of California.

Traffic tickets around the country cost drivers just about $5.1 billion. That comes from over 93,000 tickets each and every single day. The average California driver will pay 42% more per year for full coverage insurance after one speeding ticket

Your base fine combined with surcharges and other penalties for a traffic ticket can range from $238 to $490 depending on how fast you were going, according to the Judicial Branch of California. Additional penalties and fees may be applied, depending on location.

If you are given a speeding ticket at highway construction zones and maintenance areas, your fee will be increased by $35.

What to do after you get a speeding ticket in California

How Long Does a Speeding Ticket Stay On Your Record in California?

Every state treats speeding tickets a little differently. All California speeding tickets stay on your record for a maximum of 39 months. That’s three years and three months, or around 400 days. If you’re above the age of 18, that criminal record just might last a lifetime. However, most people will only be able to see the last seven years of your record. Although the conviction will never go away, it will only be visible for those seven years.

In construction zones, speeding ticket fines increase by almost half. In dedicated safety enhancement zones, the fines can be even higher. Of course, that’s not even including the surcharges.

Knowing what kinds of motions to file, what the general strategies are, and how to request evidence can help you build a strong case.

Most of us lead busy, busy lives. You might have children, school, or a job that demands full-time attention. If you can’t afford to take time off to go to court, then a trial by written declaration might be for you. A trial by declaration allows you to fight your speeding ticket without ever having to step foot in a courtroom. By filing one of these documents, you can tell your side of the story just like in normal traffic court but without all the stress. 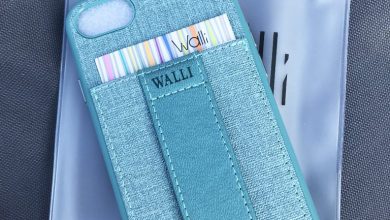 Breakfast Myths You Should Discard

Exquisite Kitchen Design Ideas For You 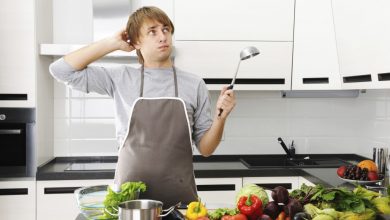 Kitchen hacks with power you need to save the day