Does the NFL peak your interest? Or have you been hearing a lot about it but barely know what it is about and you would like the for once bring yourself upto speed on the basics. How about you have a pretty great idea and it won’t hurt to know more. Whichever it is, we got you.

The NFL’s 32 teams alphabetically listed include the following :

Facts to know about the NFL:

1. The NFL player with the highest number of superbowl appearances is Tom Brady, with 10 appearances

2. The team who has lost the most happens to be a tie New England Patriots and the Denver Broncos with 5 losses each in the Super Bowls.

3. Frank Reich and Jim Kelly tie for losing the most career games by a quarterback, with 4 losses each.

4. Why the NFL is so popular is because pro football is the only major professional team sport with a single-elimination playoff system. In other words, the super bowl doesn’t just declare champions after a few rounds, it is most likely a do or die affair.

5. Since 2010 the NFL plays over an 18-week schedule beginning on September 9. Each of the league’s 32 teams will play 17 games, and wraps off on January 9 where all games in the final weekend will be intra-division.

6. There has been a total of 52 super bowls in ranking

Here’s Why you should know the basics about the NFL, to:

–help you understand what the game and teams are about

–help your decision to become an NFL fan

–boost your interest and beliefs in sports

–keep you entertained and enthusiastic 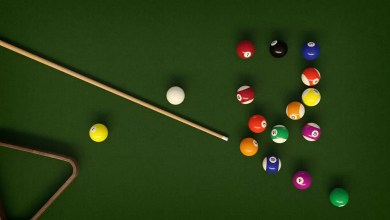 How to Clean Billiard Balls